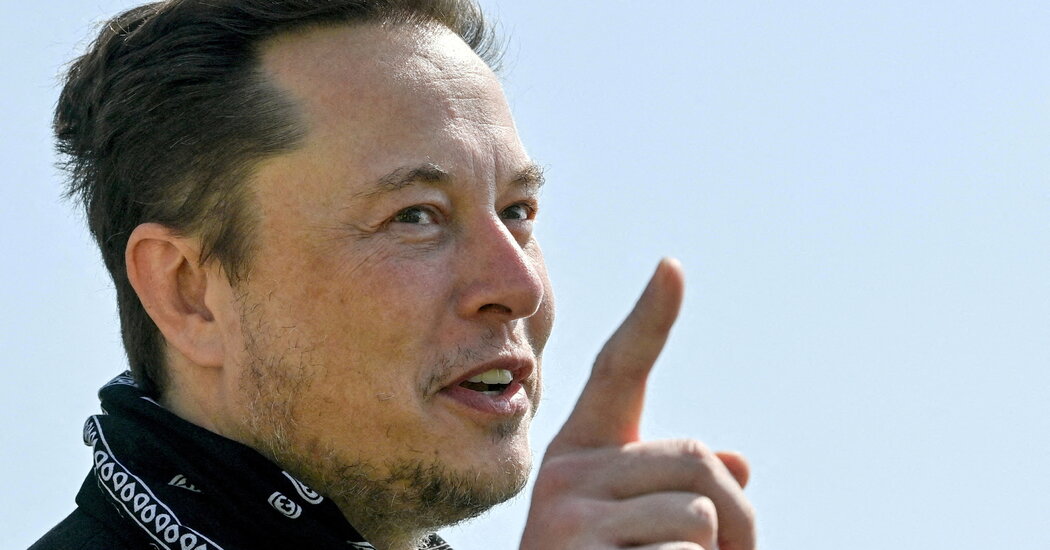 Tesla is facing new scrutiny from federal and state regulators over its chief executive’s social media posts and allegations of discrimination at its California factory, the company revealed in a publicly available securities filing. Monday.

The electric car maker said in its annual report that it received a subpoena late last year from the Securities and Exchange Commission requesting information on how the company was complying with a settlement with the commission that required a lawyer to verify the written statements of its senior executive, Elon Musk. Tesla also said the California Department of Fair Employment and Housing said last month that the agency concluded it had “grounds to file a civil complaint against Tesla.”

The SEC subpoena, which was sent to Tesla on Nov. 16, relates to a long-standing dispute. The commission sued Mr Musk in 2018 after he said on Twitter that he had “secured funding” to take Tesla private at $420 a share, when that plan was still in its infancy. Mr. Musk settled the case by relinquishing his chairmanship, and Tesla agreed to have an attorney clear any written statements he made about the company that might contain material information.

The settlement was changed in 2019 after the commission sought to hold him in contempt of court for discussing Tesla’s production prospects on Twitter without first executing a lawyer’s statements. The new agreement listed matters Mr. Musk was not to speak about without approval, including Tesla’s financial condition, earnings forecast, proposed acquisitions and production data.

“Most recently, on November 16, 2021, the SEC issued a subpoena to us seeking information about our governance processes regarding compliance with SEC rules, as amended,” the company said in the annual report. .

Tesla did not respond to a request for comment. The automaker stopped answering most media questions in 2020.

Tesla faces several legal challenges. The National Highway Traffic Safety Administration is investigating whether the company’s Autopilot driver assistance system has any flaws that pose a safety risk. The company has also long faced accusations of discrimination and harassment, including at its factory in Fremont, Calif., near Oakland. The California Department of Fair Employment and Housing issued a finding on Jan. 3 saying it believes it has grounds to sue Tesla after conducting an investigation, the company said in its new filing.

In October, a California jury ordered Tesla to pay nearly $137 million to a black elevator operator who accused the company of ignoring racial abuse at its factory. In his new filing, Tesla said he didn’t believe the verdict was warranted and had requested a new trial. The company added that it would appeal if this request is denied.

And late last year, seven women sued Tesla for sexual harassment and discrimination at the Fremont plant and other locations. The separate lawsuits were filed in California Superior Court in Alameda County.