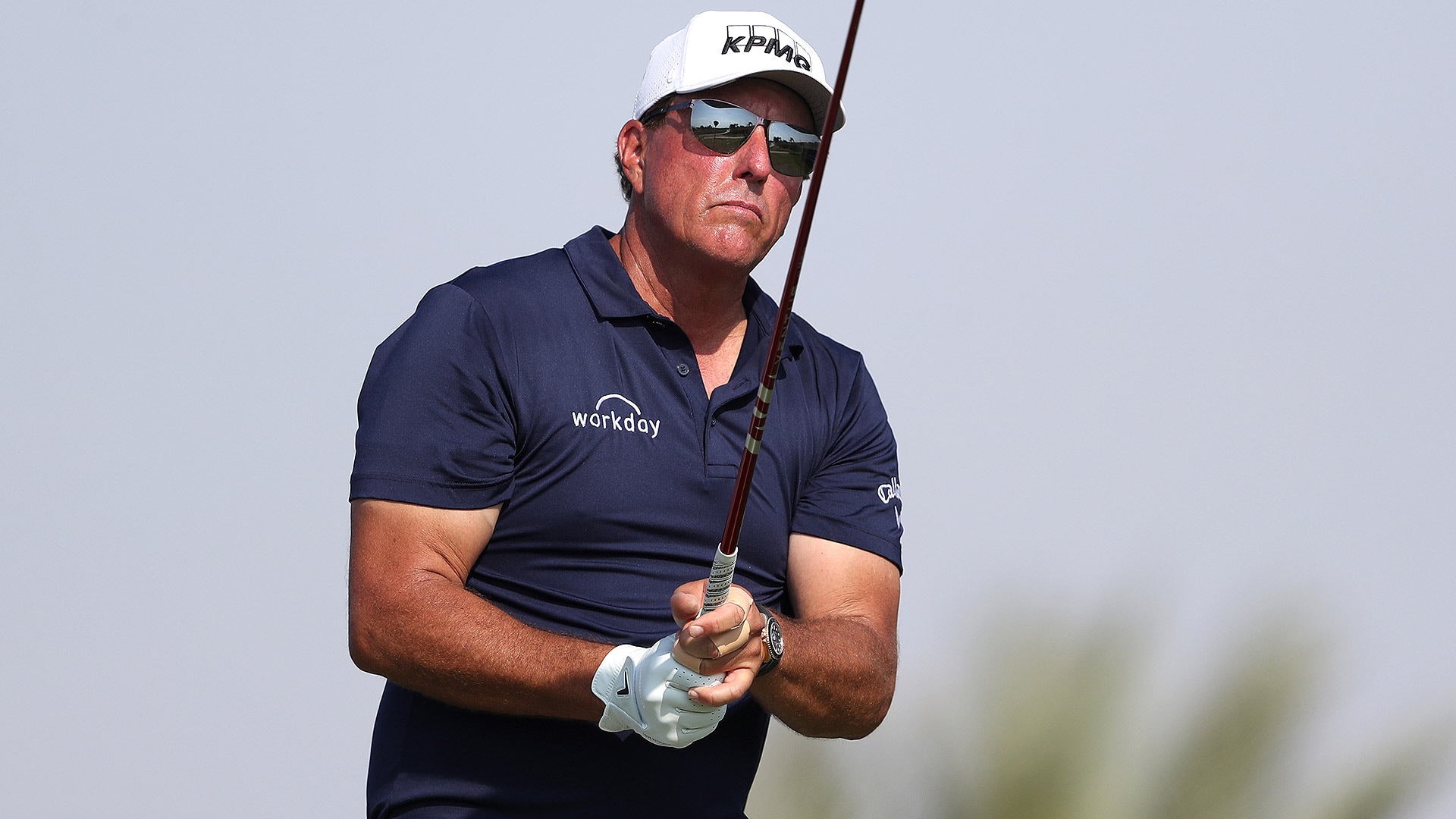 Despite creating a social media firestorm overnight, Phil Mickelson brushed aside the distraction and fired an opening 67 at Saudi International. He was five shots away from Matteo Manassero’s first lead.

In the Golf Digest comments on WednesdayMickelson took aim at the PGA Tour and said he was looking for opportunities elsewhere – possibly the Saudi-backed Super Golf League – because of the Tour’s “odious greed”.

“If the Tour wanted to end any threats (from rival leagues) they could just return the media rights to the players,” Mickelson told Digest. “But they’d rather throw $25 million here and $40 million there than return the approximately $20 billion worth of digital assets they control. Or they forfeit access to the more than $50 million they earn each year on their own media channel. There are a lot of problems, but this is one of the biggest.

Mickelson also didn’t back down Thursday after his first round.

Asked by a reporter about the additional ‘buzz’ this week in Saudi Arabia, where 20 of the world’s top 50 players are competing, Mickelson said: ‘There are a lot of complexities being resolved right now in the sport of football. golf. Due to some opportunities that create leverage for players, we have a chance to put ourselves in a more equal position with other major sports. We’re so far behind because we don’t have player representation like the Players Association and collective bargaining and all those things, and we have such different perspectives, and for the first time in 30 years, there is some leverage.

“I don’t know where we are going. I don’t know, because there are so many different parts that need to be addressed. I think in the end it’s all going to be very positive, but there’s a lot going on, which is a good thing.

Mickelson has been one of the most frequently linked players with the proposed SGL, along with Bryson DeChambeau and Lee Westwood.