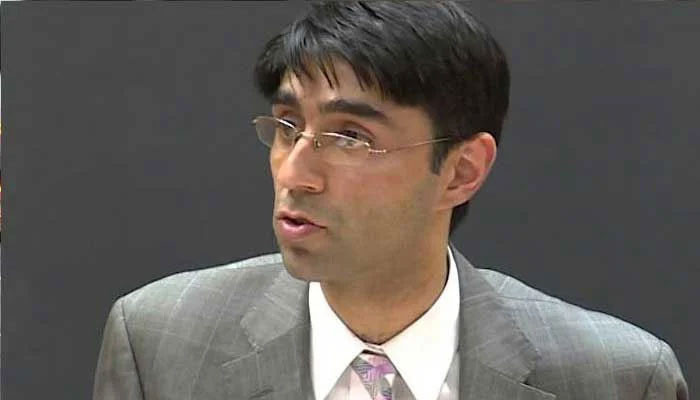 ISLAMABAD: National Security Advisor (NSA) Dr Moeed Yousaf informed the Parliamentary Committee on National Security on Monday that national security policy is designed to take advantage of the symbiotic relationship between human security, economic security and military security with the security of the citizens as the main objective.

As opposition parties boycotted the briefing, some cabinet members and PTI parliamentarians also did not attend. Among those absent were federal ministers Asad Umar, Shah Mahmood Qureshi, Shaikh Rashid Ahmad and Hammad Azhar, the chief ministers of the four provinces and the prime minister of AJK. The parliamentary committee on national security met under the chairmanship of National Assembly Speaker Asad Qaiser on Monday afternoon for a briefing on the government’s upcoming national security policy.

Dr Moeed Yousaf presented the details of the policy to the committee. He informed the committee that the process of consultations with stakeholders for the formulation of the national security policy was initiated in 2014 after the establishment of the National Security Division. In 2018, an editorial committee was set up. Several rounds of feedback consultations on several projects were held with all state institutions, including provincial governments and the governments of Gilgit-Baltistan and Azad Jammu and Kashmir. This was followed by consultations with over 600 academics, analysts, civil society members and students across Pakistan to make the political process inclusive.

He said the policy should be a dynamic document that will be revised annually and on government transition to help keep national security policy abreast of political priorities in a rapidly changing global environment.

The NSA said the Next National Security Policy would be the first document that outlines the challenges and opportunities Pakistan will face in the coming years, while providing political guidance to actualize the opportunities.

Asad Qaiser said that the formulation of a comprehensive national security policy by the government reflects its priority to realize the dream of a safe and prosperous country. He appreciated the fact that the involvement of public representatives in national policies is vital for strengthening democratic institutions in the country. He said the upcoming policy would be a document that looks at the challenges and prospects of the country in the years to come.

The meeting participants endorsed the efforts of the National Security Division in this regard and expressed optimism that this policy would lead to an even more secure and prosperous Pakistan as the country currently faces external challenges. and internal, according to a statement released by the National said the Secretariat of the Assembly.

The meeting brought together some federal ministers, the head of the chamber in the Senate, members of the National Assembly and the Senate, senior officers from the national security, defense, foreign affairs and interior divisions.