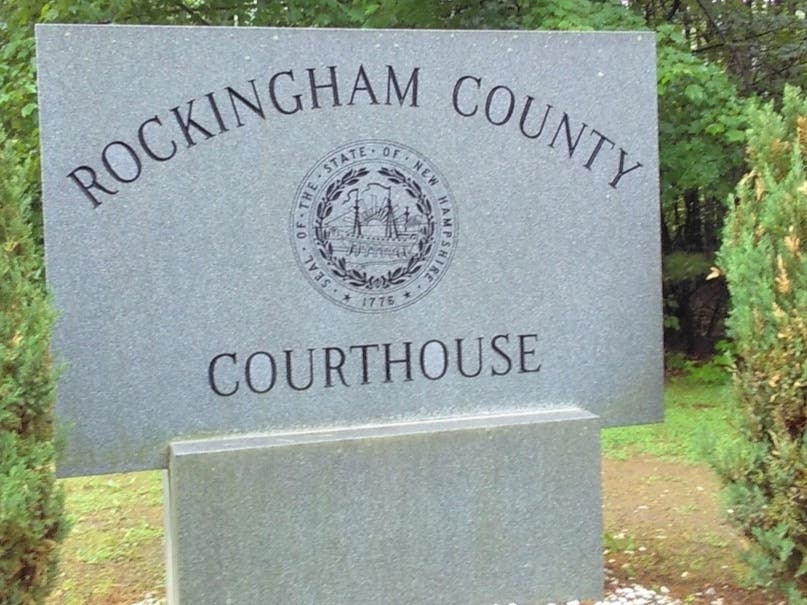 Danielle Ivette Gonzalez, 21, of Washington Street in Somerville, Massachusetts, on a single count of reckless driving as well as criminal mischief and common assault. She was charged with putting another person in danger by nearly running into them, throwing an iPhone to break it and punching another person on October 23, 2020 in Plaistow.

Christi Graven, 62, of Saint Ives Way in Marlborough, MA, on a felony robbery by deception. She was accused of buying a puppy in Derry on June 14, 2021 and then stopping payment on the cheque.

Howard Grinnell, 62, of Lincoln Street in Exeter, charged with false identity. He was accused of displaying a badge giving the impression that he was a member of law enforcement when he was not on July 9, 2021 in Exeter.

Alan Hardwick, 48, of Fairway Drive in Derry, on two counts of common assault with prolonged imprisonment and one count of attempted imprisonment with prolonged simple assault. He was charged with placing his legs around a Derry police officer’s neck and hitting him in the face with his knee as well as attempting to punch a second officer on September 22, 2021.

Shawn M. Hartford, 35, of Brock Street in Rochester for felony theft by unauthorized handling. He was charged with exercising control of a Mercedes belonging to another person in North Hampton on March 17, 2020.

Timothy Holland Jr., 47, of Locust Road in Windham, charged with insurance fraud. He was accused of attempting to defraud Philadelphia Indemnity Insurance by saying he paid $50,000 for a vehicle when he actually paid $15,500 between July 18, 2019 and June 9, 2021 to Newton.

Mathew George Holloway, 32, of Shore Drive in Salem on two charges of reckless driving and deadly weapon. He was charged with driving a police officer and another person at high speed in Derry on July 30, 2021.

Tyler L. Jameson, 32, of Chestnut Street in Rochester for felony repeat offender, disobeying an officer and negligent driving. He was charged with driving on Willow Road in East Kingston, giving false information to a police officer and driving 53mph in a 25mph zone on August 23, 2020.

Ryan R. Johnson, 39, of Jacobs Well Road in Epping for a single aggravated felony of drunk driving, as well as drunk driving and assault. He was charged with driving a 2021 Dodge Ram on Route 27 in Exeter while under the influence of drugs or alcohol and crashing, causing another person to lose two teeth on 30 September 2021.

Editor’s note: This post is derived from information provided by Rockingham County Superior Court and does not indicate a conviction. This link explains the deletion request process for New Hampshire Patch police reports.

Do you have a topical tip? Send it to [email protected] See the videos on Tony Schinella’s YouTube.com channel Where Rumble.com Channel.