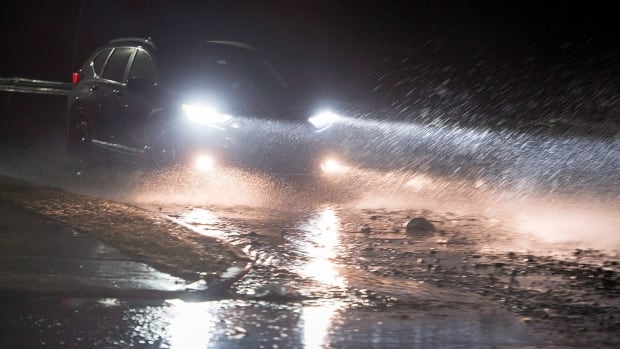 Islanders who envision a future characterized by more frequent extreme weather events may not yet be able to find the protection they need from insurers.

A report published last month said that by 2050, the province will experience much more severe weather conditions due to climate change.

The report says there will be an increased risk of coastal erosion, heat waves, heavy rains, flooding, severe ice storms and droughts.

Amanda Dean, Atlantic director of the Insurance Bureau of Canada, says her industry has paid more in terms of water claims in recent years.

â€œWater, as they say in the insurance industry, is the new fire,â€ Dean said. â€œInsurers are seeing an increase in water-related claims, from burst pipes, sewer backups, to flood insurance coverage, which is relatively new in Canada.

Dean said Canadians could start getting flood insurance coverage in 2015.

But she said most insurers still do not cover some of the weather events described in the report, such as storm surges and coastal erosion.

â€œWhen you talk about storm surge, this is always an area where insurers are looking to see how to accurately assess risk,â€ she said.

â€œAs we speak, in this country there is only one insurance company that offers storm surge coverage. And now when we talk about storm surges, this is specifically related when salt water enters the house. So things like erosion are not covered. “

Dean said insurers have yet to develop in-depth coastal flood risk mapping, which means they are struggling to determine the likelihood and impact of such an event.

“When insurers looked at flooding in general, they started looking at freshwater. And that’s mainly because of the geography of the country, that’s what’s the biggest risk,” she declared.

“It is also a very complicated risk, because when you think about it in certain cases, especially if the buildings were built very close to the coast, it is not a question of” if “it will flood, it is a question of â€œwhen.â€ And insurance exists to pay claims for risks that arise unexpectedly. â€

Dean said that all of this means that homes near the coast that are at high risk of flooding might not be able to get storm flood insurance, or the coverage available to them is prohibitively expensive.

â€œOne of the other fundamentals of insurance is a term called ‘indemnification’ which basically means putting you back in the same financial position you were before the loss,â€ she said.

“There’s no way for an insurer to rebuild a pitch because no one has figured out how to do it yet. So once the pitch is gone, it’s gone.”

Dean said people should have conversations with their insurance broker or agent to find out what coverage is available to them in the event of flooding and other weather events.