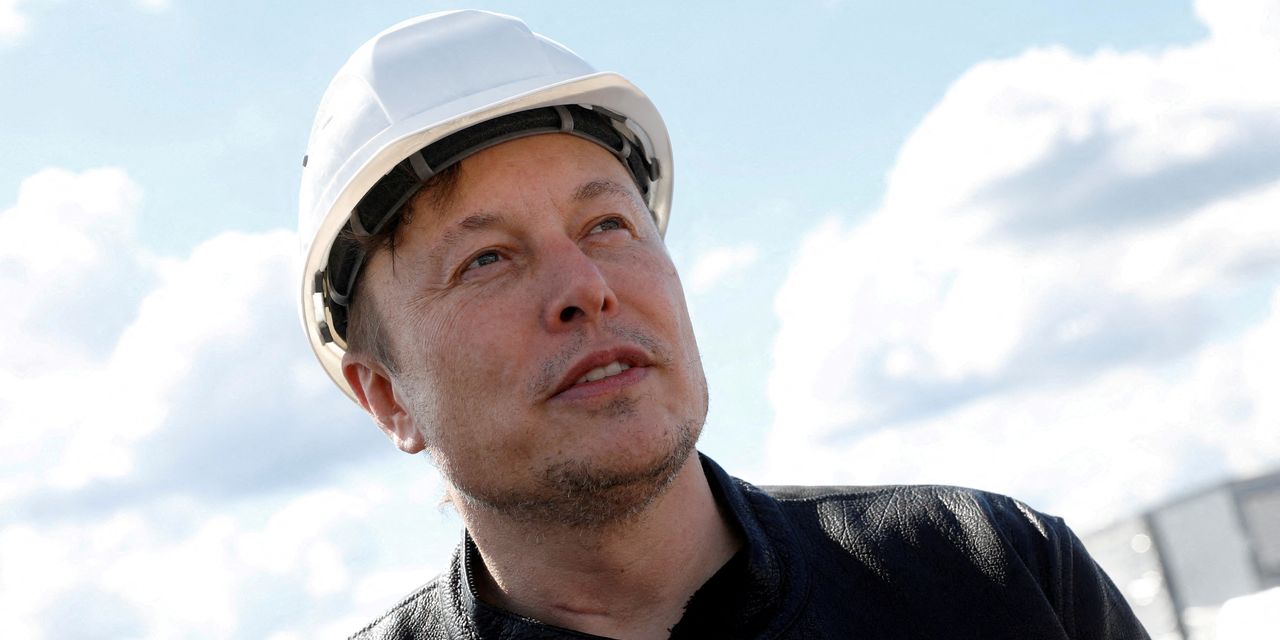 and SpaceX are facing significant inflationary pressure and that it has no plans to sell its cryptocurrency holdings.

Mr. Musk, the richest person in the world by net worth, said in a tweet Sunday that the maker of electric vehicles and the space exploration company “saw significant recent inflationary pressure in raw materials and logistics”.

His comments come after government data released last week showed consumer prices jumped at an annual rate of 7.9% last month, the highest in four decades. And a separate Wall Street Journal poll showed nonwhite voters were more likely to say recent inflation is putting a lot of financial strain on their lives.

“As a rule of thumb, for those looking for advice on this thread, it’s usually better to own physical assets like a house or shares in companies that you believe make good products, than dollars when inflation is high”, Mr. Musk said on Twitter.

“I still own and will not sell my Bitcoin, Ethereum or Doge fwiw,” he added.

Bitcoin price was recently trading at around $39,000, according to CoinDesk. It is down about half from its record high in November.

Mr. Musk’s net worth is $206 billion, according to the Bloomberg Billionaires Index.

Musk’s comments on inflation come as rising prices for energy, food and services are the main factors driving up inflation. Disruptions in oil and commodity markets due to the Ukraine crisis are expected to increase cost pressures in the coming months. The last time consumer prices were this high was in January 1982 during a recession.

Inflation is felt from consumers to businesses. More than 350 companies in the S&P 500 cited inflation during their earnings calls for the last quarter, according to financial data provider FactSet, the most since at least 2010.

Other companies have come under similar pressure, from soda maker Coca-Cola Co.

“Materials availability remains tight in some categories and in some markets, inflationary pressures are broad-based with few signs of near-term relief,” P&G chief financial officer Andre Schulten said on the second quarter earnings call. quarter of the company in January.